In a previous post, I discussed that, contrary to popular belief, intermetallic compounds (IMCs) formed in soldering processes are not necessarily brittle. I reviewed some literature that indicated that failure modes are usually at interfaces between the IMCs themselves, the IMCs and the copper or solder and often in the bulk solder itself. The perspective that IMC growth may not significantly affect reliability is also supported by work performed by Lee, et al. Figure 1, from Lee’s paper, shows that aging for 250 hrs at 150°C does not significantly affect characteristic life in thermal cycle testing. 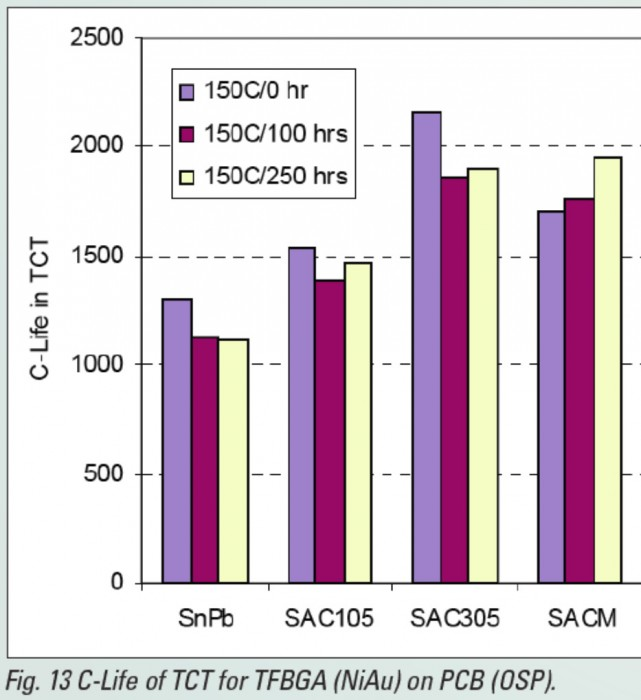 Figure 1. Aging for up to 250 hours at 150°C did not significantly affect characteristic life in thermal cycle testing in Lee’s referenced paper.

However, it would be prudent to minimize the thickness of IMCs. So this raises the question: how quickly do IMCs grow at any given temperature? Work performed by Siewert, et al[i] holds the answer. In this paper, Siewert supported past work that the thickness of IMCs grows as X=(kt)0.5 and added new data to support modeling using this equation. In this equation, X is IMC growth distance, k is a constant dependent on temperature, and t is the time. One might expect that X is strongly dependent on temperature (T) and it is. Using data from Siewert’s paper, I was able to generate values of k as a function of T and plot them in an Arrhenius plot. See Figure 2. 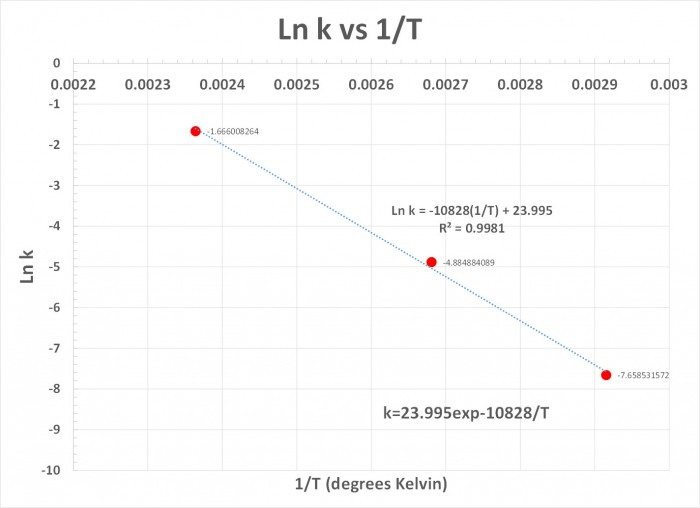 Figure 2. An Arrhenius plot for k.

I next used Figure 2 to obtain a value of k at 70°C and plotted the IMC growth X in microns as a function of time in hours. The result is in Figure 3. 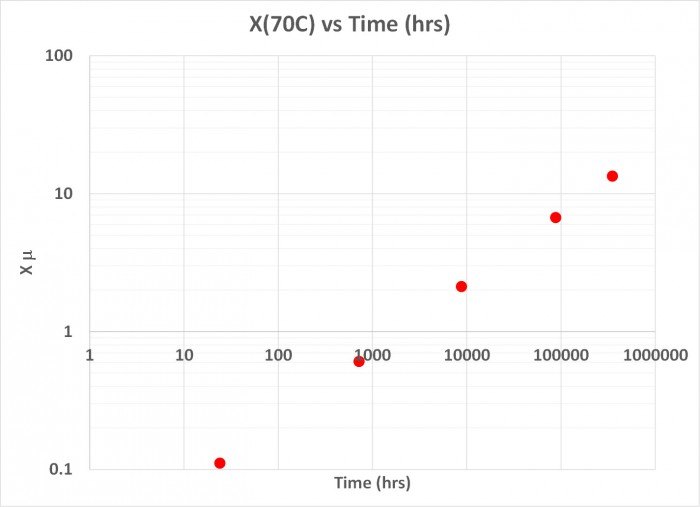 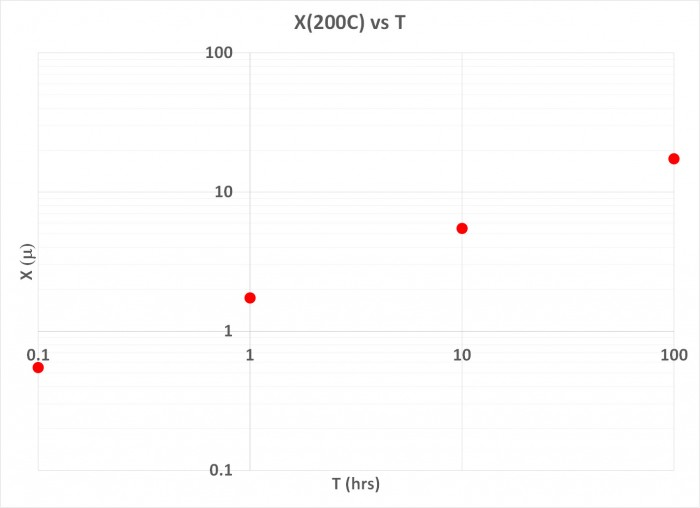 These are theoretical calculations from data collected at different temperatures. Let’s see if the formulas work in real life. In another paper [ii]by Ma, et al. his team aged some solder joints at 125°C for 120 hours. The equations used above would predict IMC growth of 2.2 microns under these conditions. From Figure 5, we see about 2 microns of growth consistent with the calculation estimate.

So although IMCs are not that brittle, it is wise to limit their growth. Hence, limiting exposure to very high temperature aging is wise, but certainly minimizing solder rework is advisable, as the molten solder enables very fast IMC growth.

[i] Siewert, T. A., et al, Formation and Growth of IMs at the Interface Between Lead Free Solders and Copper Interfaces, IPC Apex, 1994.