After my recent post on the fact that no data link tin whiskers to the Toyota sudden acceleration issues, there continue to be more posts saying things like “Tin Whiskers Implicated in Unintended Acceleration Problems.”

Many of these posts link back to the earlier TechEye post. The basis for all of the posts is a paper written by EurIng Keith Armstrong titled, “Toyota ‘Sticking Pedals’ Recall is a Smokescreen,” and subtitled, “Their sudden unintended acceleration problem is caused by electronics either due to EMI, lead-free soldering or software ‘bugs.’ ” It does not appear that Armstrong’s paper was sponsored or refereed.

Since it appears that this entire wave of reporting implicating tin whiskers, in this important issue, emanates from Armstrong’s paper, it is helpful to quote his entire comments on tin whiskers

9.0 Lead-free soldering:
In recent years, various countries and trade blocs (including the European Union) have banned the use of lead on electrical solder, on the basis that lead going into landfill when electrical and electronic products are disposed of is bad for the environment, and hence for people.

But many accuse them of being shortsighted -– lead has been added to solder in quite large amounts for many decades because it made the other main constituent, tin, behave much better, considerably improving reliability.

Now that lead has been removed from solder, which is now mainly tin (with a little silver and copper added) all sorts of new possibilities arise for short-circuits and open-circuits, and intermittent shorts and opens, mainly on printed circuit boards (PCBs) and mainly associated with small-footprint integrated circuits (ICs), especially ball-grid arrays (BGAs).

Its really just another cause of intermittent or fixed short-or-open circuits in electronic PCBs and modules – but one that would not have been any problem until a few years ago, and so could have caught Toyota by surprise.

Removing lead from solder has the following effects:

9.1 Tin whiskers
These will grow out of soldered joints and can contact other conductors, causing short-circuits between PCB copper traces and the pins of connectors. They are often no longer than 0.5mm (about 1/50th of an inch) but can grow to 1mm (about 1/24th of an inch) or longer, especially in damp conditions.
Even at 1/50th of an inch they can short between the pins on a modern integrated circuit (IC). And the process of removing the PCB for inspection can brush them off, so you never find them.
And if you didn’t accidentally brush them off, they are so thin they are very hard to see – you need a powerful microscope. They are as fine as the finest spider-web threads, yet can carry sufficient current to short-out the electronics. You won’t see them unless you are looking for them.
Being so thin, they can wave around in the breeze and/or due to shocks, vibration and acceleration, causing intermittent short-circuits.

The iNEMI organization has published guidelines (www.inemi.org) on how to ensure that tin whiskers don’t grow too long, but I don’t know to what extent these are followed by suppliers of electronics to the car industry in general, or Toyota in particular. 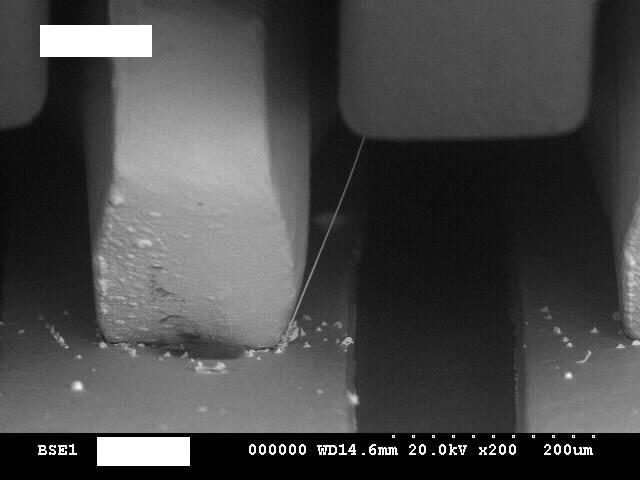 Note that, in this paper, there are no data or any evidence regarding tin whiskers discussed from investigating any of the vehicles in question. All of this paper is opinion. In addition, the title of Armstrong’s paper leaves no room for any other cause: it has to be electronics or software. This position is very strong indeed for having no supporting data.

More recently Bob Landman added these comments to the tin whisker discussion: “The increased use of electronics in automobiles when mixed with RoHS can make for a deadly cocktail. We don’t know what the causative agent [in regard to the Toyota recalls] was, but I have heard recently of new autos showing up at dealers that will not start. That cause has been linked to tin whiskers.”

Bob heard this. There is no report and no data. Until Bob gives us a reference for some analysis and data, his comments are little more than hearsay. I searched the web in vain to find information related to Bob’s quote. In addition this comment is a little surprising, tin whiskers are usually associated with a certain amount of aging, hence not usually found in new products.

That tin whiskers exist and cause failures is irrefutable. NASA has an excellent website related to tin whiskers and failures caused by them. However, the total number of tin whisker fails reported is less than 100. Many other types of electronic failure modes would appear to be much more common.

My purpose of writing this post is not to suggest that tin whiskers are not a concern in lead-free electronics. However, it is a fundamental principle in engineering and science to only make pronouncements on how something failed, when they can be supported with data. No data support implicating tin whiskers in the Toyota incidents. It is also troubling how readily many people referenced the work of Armstrong without apparently reading what he said and checking his sources and lack of data.