In the April issue of PCD&F/CIRCUITS ASSEMBLY, I wrote about the need for a balance between autonomous machinery and human-operation equipment. I wrote the piece in the aftermath of the Malaysia Airlines Flight 370 disappearance, and referenced, among other things, the Toyota sudden unintended acceleration problems and the self-driving cars that are beginning to appear on US streets.

Seems I’m not the only one working their way through this. On May 5, a pair of researchers at the Brookings Institution began a series of papers (The Robots Are Coming: The Project On Civilian Robotics) that considers the legal ramifications of driverless cars.

That led me to Google, which uncovered a few more references to potential tort roadblocks.

While my work considered the technical and emotional issues that always factor into to any major technology shift, the legal aspects are equally in play here. For those interested in the subject, the Brookings Institution project is especially worth a read. 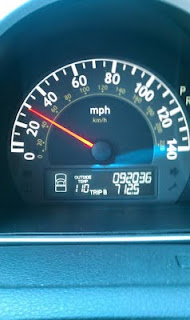 I remain skeptical in the light of Toyota’s latest statements that driver error caused “virtually all” of the unintended acceleration problems that have plagued the carmaker for the past decade.

Per the Wall Street Journal, NHTSA analysis of the affected cars’ “black boxes” found instances in which throttles were open and brakes hadn’t been deployed, suggesting drivers were pressing the gas, not the brake. (NHTSA isn’t commenting.)

The dreaded sudden unintended acceleration is supposed to have caused up to 89 deaths in 71 crashes since 2000.

Admitting in advance that my reasons are somewhat circumstantial, I would counter that Toyota

1. Has failed to provide solid evidence to refute a university researcher’s claim that the electronics wiring could be the cause, and that the car’s software lacked a fault code to point out the defect.

2. Has failed to explain why the rate of accidents attributed to SUA is not similar in competitors’ vehicles.

That said, the shims the carmaker has installed beneath the accelerators, the complaints over SUA appear to have subsided. Perhaps Toyota was correct, after all.

However – and this is important – Toyota makes no mention (at least in this report) about Gilbert’s more important finding: that Toyota’s on-board computers contain no defect code for the problem, which speaks to the reason the company’s diagnosis is (according to several experts) incorrect.